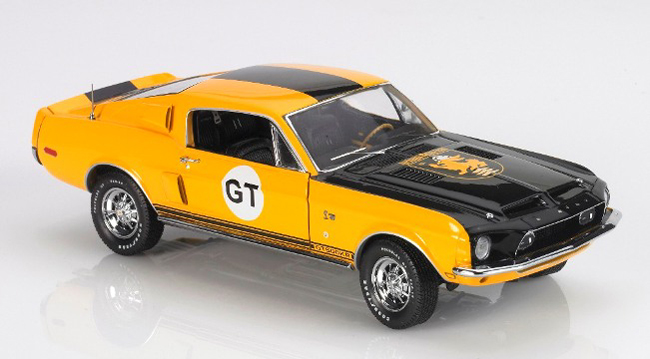 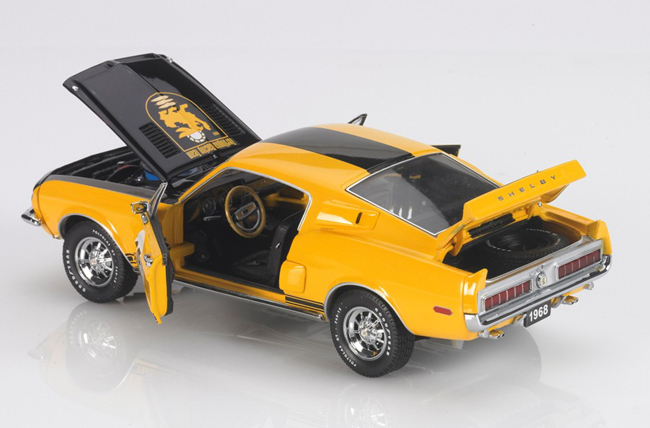 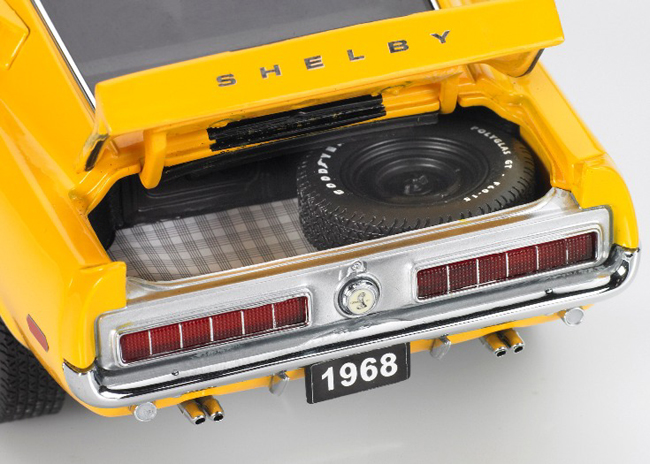 The Terlingua Racing Team’s roots began when Ford Motor Company asked Carroll Shelby to turn its Mustang into a race winner. “We were a bunch of young hot rodders when we formed the Shelby Terlingua Racing Team,” noted Carroll Shelby, Founder of Shelby Automobiles. As a symbol of their lifestyle, Bill Neale designed the now famous black and yellow logo, with a rabbit holding his paw in the air. Shelby also said, “Some of the greatest racers in the world competed in Terlingua Shelby Mustangs. Ken Miles was the first to put the ‘prancing rabbit’ in the winner’s circle when he won the race at Green Valley Raceway in 1965. Then things really broke loose when he introduced Jerry Titus to the team.” Titus became one of the most iconic Terlingua racers when he drove for the Shelby team in the 1967 Trans-Am series. He piloted the first “official” Terlingua Racing Team car. The combination of outrageous looks and serious performance in a car driven by such a cocky, talented driver made the team very popular. And it seems the Terlingua Racing Team is even more admired today by drag racers, drifters and road racers.”

Throughout the decades, drivers put Terlingua Racing Team badges on more and more cars; some were official Shelby entrants while many were not.
Terlingua Racing was Carroll Shelby's way of "thumbing our noses at the establishment," according to Carroll. That pretty much defines the tone that is Terlingua.  Shelby and Terlingua decided to go racing, and that is when history was made. The incredible Ken Miles was Terlingua's first driver, and none finer ever sat behind the steering wheel of a race car. He made winning look easy. From Cobras to Ford GTs, Ken was the champion's champion, till his tragic death in a testing crash at Riverside Raceway in California.