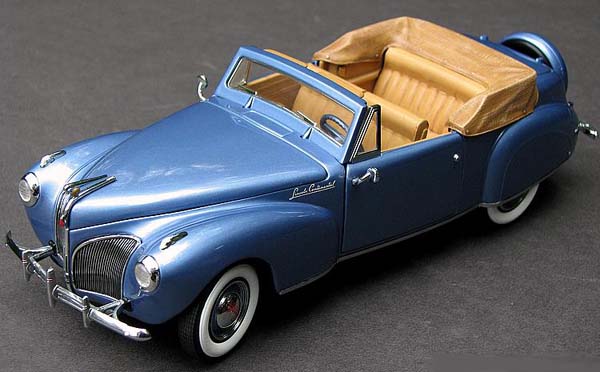 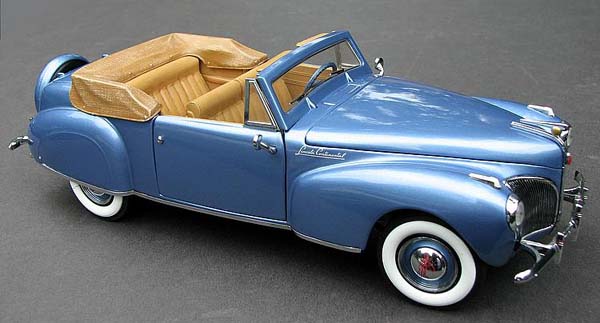 Franklin Mint had many paint choices for this car. There were no less than 8 authentic blues from which to choose for the re-paint of the popular image. They settled on what I would consider the best, Darian Blue.

The 'Limited Edition Internal Ford Use Only' issue, now discontinued, has been increasingly hard to find. This version gives those that could not obtain that model a chance to have a limited edition 1941 Lincoln with the following enhancements. Just in front of the outside rearview mirror on each side is the added script, "Lincoln Continental" in white. "Lincoln V-12" is now emblazoned in red on each of the hubcaps including the one in the continental carrier in the rear of the automobile. The steering wheel, in body color, has a white center with black "Lincoln" script. Finally, inset deep in the trunk is the hand numbered limited edition plate shown as xxxx/9,900. Differing from the Ford Use Only version, where the seats were tan with a beige boot, the interior of the new car is a saddle color. It is reminiscent of warm caramel and complimented by a convertible top boot of a slightly darker shade. The carpet is a light brown.