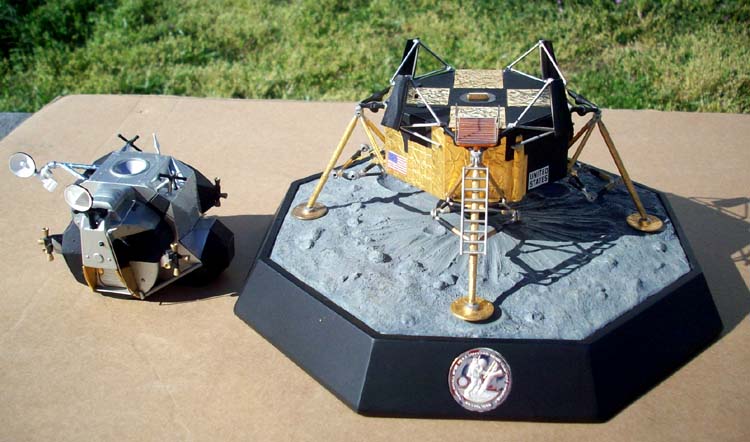 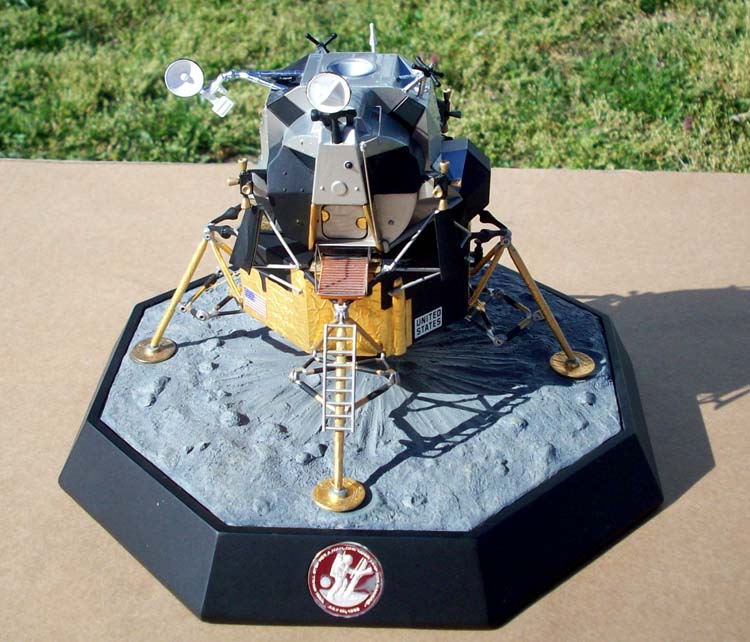 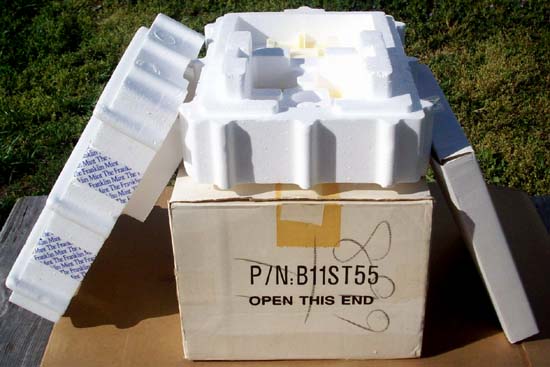 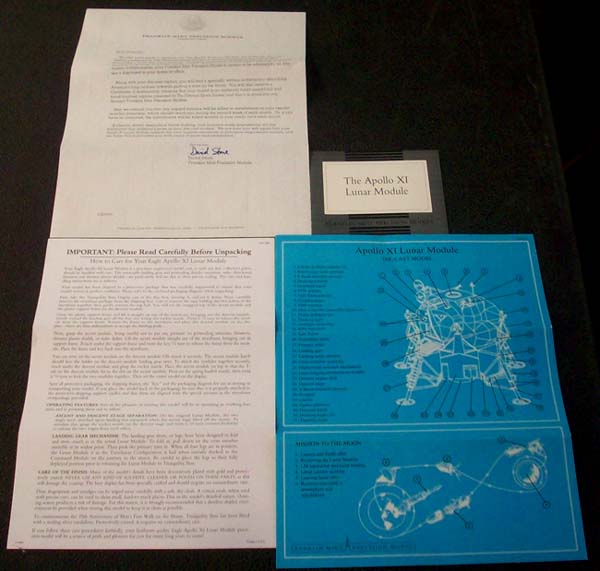 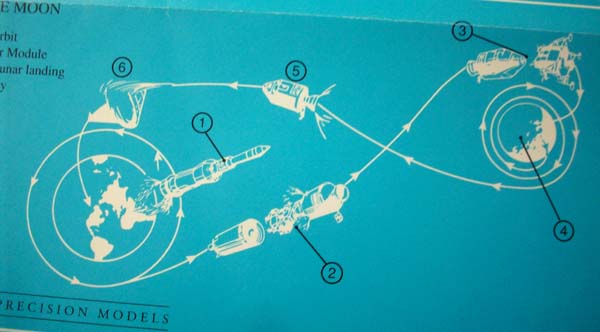 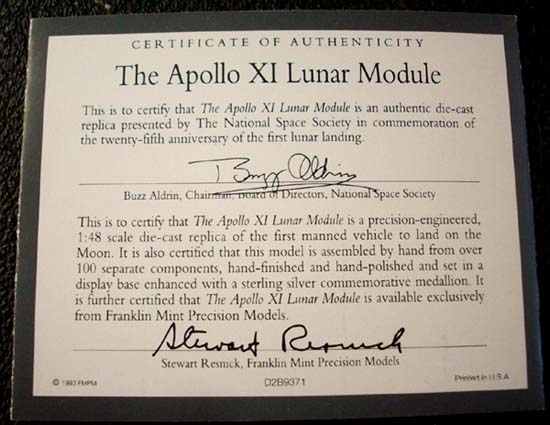 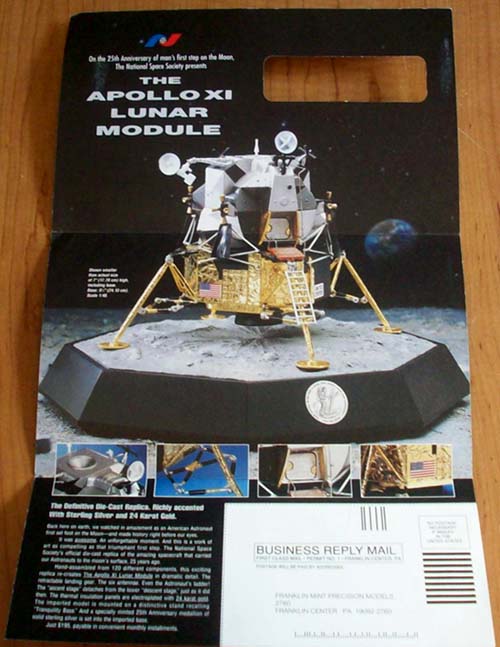 Back here on Earth, we watched in amazement as an American Astronaut first set foot on the Moon and made history right before our eyes. It was AWESOME! An unforgettable moment, and this is a work of art as compelling as that triumphant first step. The National Space Society's official die-cast replica of the amazing spacecraft that carried our Astronauts to the moon's surface.

Hand assembled from 120 different components, this exiting replica recreates The Apollo XI Lunar Module in dramatic detail. The retractable landing gear, six antennae, even the Astronaut's ladder! The "ascent stage" detaches from the lower "descent stage", just as it did then. The thermal insulation panels are electroplated with 24 karat gold. the imported model is mounted on a distinctive stand recalling "Tranquility Base". And a specially minted 25th Anniversary medallion of solid sterling silver is set into the imported base.