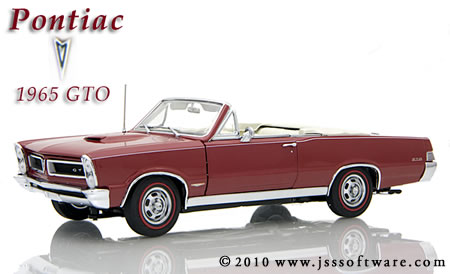 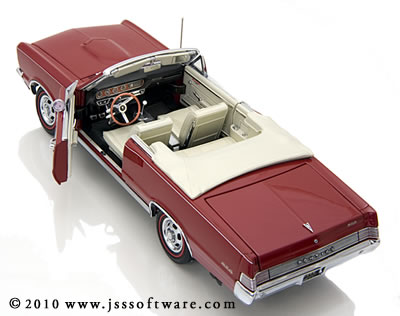 The "45th Anniversary Edition" is a repaint of an old classic, if you love muscle, then you will love this model too. The Danbury Mint 1965 Pontiac GTO is a repaint of an older tool but well done nonetheless. If you collect muscle then I suggest you take a closer look at this bad boy If you were lucky enough to have experienced the muscle car era then in all likelihood you had a friend or two that owned one of these; I did. It didn't hurt that they were gorgeous too. The Danbury Mint captured it all for you, looks, muscle, "Bling" this one has it all, don't miss it. Put the Danbury Mint "45th Anniversary Edition" on your short list of models you must have; you won't be disappointed.