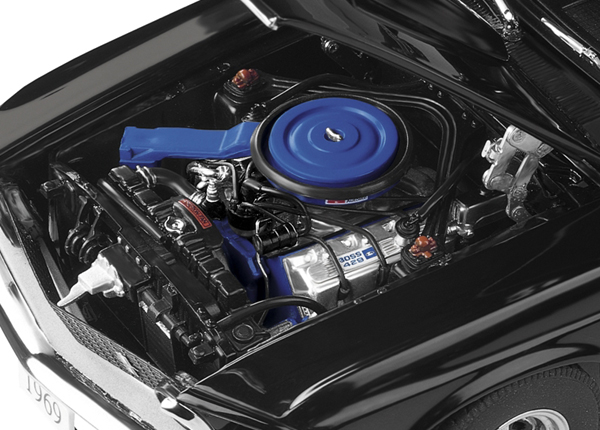 When NASCAR told Ford it had to produce and sell 500 of its racing 429s before it would be allowed to compete, lucky buyers could finally get their hands on the baddest Mustang money could buy. The Boss's racecar origins were reflected in its monster "semi-hemi" 429 cubic inch engine, large tires for maneuverability and high-performance brakes that could slow the beast to a crawl in seconds. Demand for this new replica is sure to be through the roof so order quickly to avoid disappointment.